““Are not five sparrows sold for two copper coins? And not one of them is forgotten before God. But the very hairs of your head are all numbered. Do not fear therefore; you are of more value than many sparrows.” Luke 12:6-7 NKJV

The other day my son was helping me unpack some things from my in-laws. One box contained Ukrainian Easter eggs that my husband and his sisters had made when they were younger. It also contained some that had been purchased at a store. If you've ever seen these or made one, you know how valuable they can be and also how fragile they are. It takes a lot of time to make one and once you've done one, you want to protect it for as long as possible.

But while we were unpacking, my son picked one up and it broke in his hands. Luckily it was one that had been blown out (ie it didn't have egg guts that had been incubating for years). I wanted to scream at him. I wanted to punish him but I realized that as precious as those eggs are, he is even more so. I knew that he didn't do it on purpose so all I said was, "And that's why we need to be careful. Good thing we don't have a stinky mess right now."

All of God's creations are important. But we are so important that He's numbered the hairs on our head! And as long as it is taking us to become perfect, He still loves us and doesn't throw us away when we mess up.

Email ThisBlogThis!Share to TwitterShare to FacebookShare to Pinterest
Labels: #grace 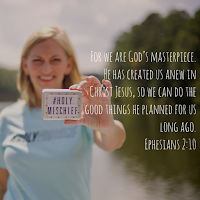