How to get into heaven... 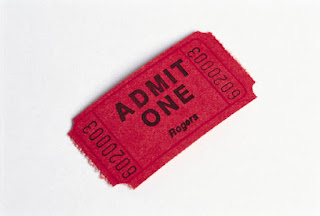 I have one youth who is in 6th grade and may be smarter that I'll ever be.  She's really surprised me with some of her thoughts and questions.  So if you're looking for a future genius, I know where one is.

Some of these questions are easy to answer.  Such as, "say someone is a serial killer and they ask for forgiveness and give their life to God right before they die?"  You may not like the answer but if they truly do repent and love God then of course they'll go to heaven.

All great questions and ones that we won't really ever know until we die as well.  So what did I tell her?

The simple answer is that God looks at your heart.  If your heart is moving toward God, then you are in.  Perhaps there are things such as mental illness or other situations that prohibit you from moving toward God that I'm sure God takes into account.

The thing about God is He's a God of grace.  Grace isn't something we earn or deserve but God gives it to us anyway.  Do I think there are people in heaven who were bad on earth?  I sure hope so because I hope to be one of them.  I'm not 100% good.  I've done some bad things but I understand the God forgives and loves me anyway.

Maybe I can't write that like a genius would but maybe someday when this youth is older she can explain it to me.

1 Samuel 16:7But God told Samuel, "Looks aren't everything. Don't be impressed with his looks and stature. I've already eliminated him. God judges persons differently than humans do. Men and women look at the face; God looks into the heart."

The Power of a Good Checklist I love a good checklist. That hormonal rush that comes with checking something off of the list is intoxicating... 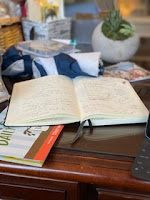