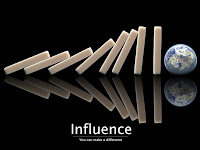 When I tell people that my passion is for family ministries they usually look at me funny. They think that I'm either a children's minister or a youth minister and want to know why I'm giving myself a strange title.

I'll have to admit that sometimes its just easier to say "youth minister" and be done with it. The same way I used to say "computer programmer" instead of consultant when I worked at PWC.

But to be honest, there is a reason for the difference. As much as we hate to admit, our children do not live in a bubble. We may try to helicopter around them to shield them from the dangers of the real world but they are still being influenced by many sources.

Sometimes as a parent we hear this and panic and close the bubble in tighter, but no worries... despite all the attempts that mainstream media tries to brain wash your child, the #1 influence in their lives is...

Surprised? Don't be. When teenagers were asked who were the key formative faith influence-rs in their lives the results were huge:

You have the greatest influence over what your kids believe, how they act, and where they'll go with their lives!

So for me to minister just to your children is silly. I must minister to the whole family in order to have a greater impact.

I've never had a job description that said my #1 priority was to make sure the kids have fun on "messy night" each summer. First of all its hard not to have fun on messy night and secondly OF COURSE its important for the kids (and adults) to have fun! "The JOY of the Lord is my strength" and that's what keeps us coming back.

I have had the #1 item on my job description be: to make disciples for Jesus Christ for the transformation of the world. This is a harder task. One that cannot easily be done without the support of a family and faith community.

So the next time you wonder about your child's faith - look in the mirror. If yours is strong and growing, then chances are your child's is too.


6 Point your kids in the right direction—
when they're old they won't be lost.

Email ThisBlogThis!Share to TwitterShare to FacebookShare to Pinterest
Labels: #familyfaith 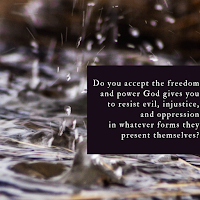