Full Moon over the Sea of Galilee

Yup - I tried it. Couldn't do it except in the shallow end near the shore where there were rocks barely under the surface. Even then it just appeared that I was walking on water.

I'm not sure how it really happened or even why Jesus picked that particular super-hero type miracle. Healing sick and dead people is one thing - that's a service to others. Water into wine is just great for a good party. But walking on water? Why not flying?

Perhaps it was because the disciples spent so much time on the water. They were mostly fishermen so they were out there to make a living. Plus the "Sea of Galilee" is really quite small (only 14 miles x 6 miles). You can pretty much see all of the cities surrounding it from anywhere on the water. So traveling by boat was an easy and common way to get around in those days.

The first time we saw the Sea was at night. The full moon was rising above and the water was so clear it almost looked like a mirror with the reflection of the moon in it. When we went out on the Sea in a boat, we stopped in the middle of the water and read the scripture where Jesus is asleep and wakes up to calm the storm.

As we sat there in quiet listening to the sounds of the water, I knew that I was once again in a holy place. Even though no one had built a church in the middle of the sea telling me that Jesus had been there, I knew. Just like I know that he's with me on youth retreats or on Sunday mornings or when I tuck my kids in bed - He's there.

After the boat ride we went to a museum that had an artifact discovered not too long ago. It was the remains of a fishing boat that could be carbon dated to Jesus' time. Of course we don't know if it was one that Jesus used, but it did help me to picture what it would have been like. How in the world Jesus could sleep in that boat through a storm is beyond me. I can barely sleep through a storm when I'm in my dry bed.

Perhaps that is part of the message of the story. Things that seem like storms to us aren't always that big of a deal to Jesus. Perhaps we shouldn't worry so much and rely on him more to take care of those storms for us. And maybe someday with a little practice and my eyes on Jesus, I can master the walking on water thing. 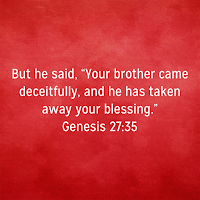