He lived there two whole years at his own expense and welcomed all who came to him. -Acts 28:30

Have you ever gotten to the end of a good book and think "I wonder what every happened to that character?" I generally don't like sequels because I want there to be closure the first time I read something. But I often wonder what a sequel to Acts would look like. Would we find out about Paul's death and his last words? Would we find out about other church planters that continued to spread the message?

It just seems so odd that Paul did all this travelling and set up or strengthened all these churches and spend the last two years in prison.

But before I think that the story is just over there, I see that Paul welcomed people during that time and kept "proclaiming and teaching" the gospel! He kept on doing what he was called to do, even when he couldn't do it the way he'd been doing it. And he kept on until the very end.

Sure I'd like to know more about what really happened but this one thought fills me with so much hope. There is ALWAYS a way to spread good news. There are always people willing to hear it no matter where you are or what you are doing. Loving other people doesn't have to happen only in church or at home or at Starbucks. It can happen anywhere.

May you be blessed today with finding love where you least expect it.

Shannon, I'm going to miss reading your daily messages while having knee surgery. Will have to catch up when I can get back to computer and Facebook. Have enjoyed each one. You are very good in getting your point across in a way that is relevant to the times. Keep up your wonderful ministry! 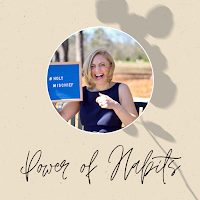