Shannon Karafanda and the Deathly Bezoar 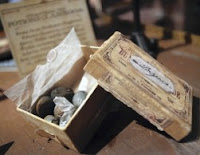 I know that some of you are up to speed on my current medical situation. I know some of you have no clue. I know others have misinformation. And others really don't care. For those in the middle categories, here's the facts:

About a month ago I had a "procedure". I could write a blog or even a book on the misuse of this word in the medical field. The "procedure" was supposed to be relatively easy but I ended up having a difficult recovery with it. It took a good bit longer to stop the pain and regain some strength and even then I never felt 100%.

I only mention this because it is a strange coincidence that I had this procedure and then got so sick with something else. The doctors don't think that one caused the other but it is possible and it also adds to my sympathetic plight in the rest of the story.

On September 28, I began to experience really bad stomach pain on my way home from work. I just kept thinking if I ate a little and rested they would go away but they didn't. It got worse and by 11:00 pm that night I knew I had to go to the hospital. When I finally got back to see the doctor, she had a CT scan done and said that there was a kink in my intestines and a blockage. Also my white blood cell count was sky high so they started treating me with antibiotics immediately for any possible infection. I started to get better and was released on Sept 30 (thinking this was just a stomach bug). I was up and ready to bounce around but resting so that I could recover.

Saturday October 2 the pain came back even worse and I was back at the hospital. I was screaming in pain and really didn't care what they did to me as long as they fixed it. So be careful what you wish for as they put in an NG tube (please google all future terms as I don't want to get any more graphic than I have to). After two days they took this out and did a colonoscopy. After tests with the NG tube and the scope came back, they found nothing that showed any blockage in my intestines and I was back to feeling better without pain meds so they send me home on Thursday (still thinking infection).

Saturday October 9 I was wishing the pain was as gentle as the week before. I finally got pain meds (deloited) and it didn't help. They tried morphine and it didn't help. Finally a second CT scan came back and showed perforations in my small intestines near the kink they discovered earlier. I was to have emergency surgery.

When the doctors got in there there was a blockage that had not shown up on any tests. The doctor said it had probably been there over a month and that the kink was caused by scar tissue from my c-section 10 years ago. He was amazed that I hadn't had problems before with the kink and even more amazed that I had gotten better each time in the hospital. He said hind-sight is definitely 20-20 and that he should have done surgery the first time I was in. He ended up removing 8 inches of my intestines.

The blockage is what is medically known (according to my doctor) as a Bezoar. Again I'll let you google it, but when I heard it I had to laugh. A Bezoar is used in Harry Potter as a remedy for ingesting poison and is mentioned in a few of the books.

So while I'm laughing the doctor said - You were deathly ill. I stopped laughing and he told me I was 36 hours away from dying when they did the surgery. So what was a cure in the HP books literally could have killed me.

I'm home now. Got out on October 15. Its been a long month but I've got a lot to think about. I need to focus on recovery but I'm also in a different place spiritually. I never really felt a brush with death but mentally knowing that you had one puts you in a different place.

So if you've been wondering where my blogs have been, we'll I've been detained. I may blog more during my 6 weeks or so of recovery as I can't do much more or I may spend my time in other ways.

I'm thankful for all the people who emailed, called, wrote, visited, prayed, etc etc. I hope to be well soon so I can pay it forward.

oh my gosh shannon! i had no idea! i'm glad that they found it in time. my dad has had 2 blockages and had to have surgery for both. very serious! i'll be praying for a quick and restful recovery.

Holy Moly!!! I had no idea!!! It's sad how much we've lost touch. Right now I'm watching T sleep to monitor the drug rash he has from new meds...hope we won't be in the er tonight or tomorrow!!! It's always on a weekend!! We need to catch up very soon. So glad ur OK. Just a thought...could this at all be related to the other scare you had when the boys were young? I think one involved a lymph node and another time was severe abdominal pain...right??? XOXO MC :0)

They did an episdoe on House about someone with a Bezoar, if that makes you feel any better about how wierd/serious your situation was!!

I'm so sorry to hear this and hope you are on the mend.

How we normally think of Pentecost Pentecost in the Christian church is the celebration of the Holy Spirit descending on all who were gather... 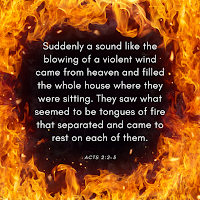